Muslims and Islam in Canada

Globally, Muslims are a very diverse population and this diversity extends to the Muslim community within Canada as well. Muslims living within Canada come from many ethnic backgrounds. The majority of Muslims currently living in Canada have immigrated from other countries and regions, such as Pakistan, the Middle East and Indonesia. Approximately one fifth of Canadian Muslims are born in Canada.

Muslims lived in Canada even before Confederation. The first Muslims recorded were immigrants, but not from a traditionally Muslim country. Agnes and James Love were of Scottish origin. James Jr., born in 1854, was the first Muslim born in Ontario. John and Martha Simon, another Muslim couple, migrated to Canada from the United States around 1871. The first Canada Census in 1871 recorded the presence of 13 Muslims. The first mosque in Canada was built in Edmonton, Alberta in 1938 and is now seen as an historical building. Currently, every province and territory has a notable Muslim community, with the largest existing in Toronto with over 250,000 Muslims residing in the city and over 20 mosques! Many mosques participate in the Doors Open event, inviting the public to visit their community’s place of worship and learn more about Islam in general. Even though these events are scheduled, visits are welcome any time of year.

MAC seeks to constructively engage Muslims within Canadian society through contextual initiatives, multi-faith projects and educational opportunities. By maintaining our Muslim identity while contributing to society at large, our goal is to build a positive and constructive Muslim presence in Canada. 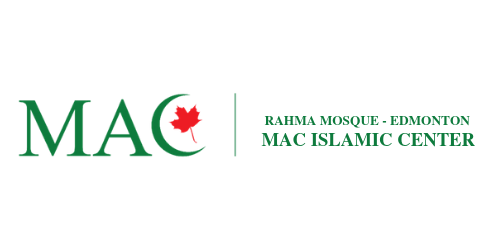 Rahma Mosque is a Muslim Association of Canada (MAC) Project. By the grace of Allah (SWT), the Muslim community in the Edmonton area has grown extensively over the past several years. There are over 100,000 Muslims living in Edmonton.