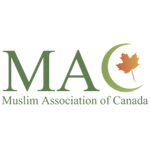 The attack on New Zealand’s Muslim community in the city of Christchurch is a tragedy and has left Muslims around the world in shock and grief. The Canadian Muslim community has experienced such hate first hand in the Quebec City shooting.

At such difficult times of brutal and tragic loss of life, we should demonstrate leadership and call for strength, tolerance and unity. We should be resilient and offer support to the youth in our communities.

The Honourable Prime Minister Justin Trudeau has condemned the attacks, saying the attack on people during prayers is “absolutely appalling.” We encourage you to contact your local elected officials to express concern about the escalation of Islamophobia in Canada and across the world.

We have called on all of our mosques, schools and Islamic centres to be vigilant in the coming days and months. Our management has been instructed to contact local police services to offer increased protection to ensure the safety of congregations at Friday prayer today.

WHAT: The MAC Youth Club (MYC) is organizing a homeless...